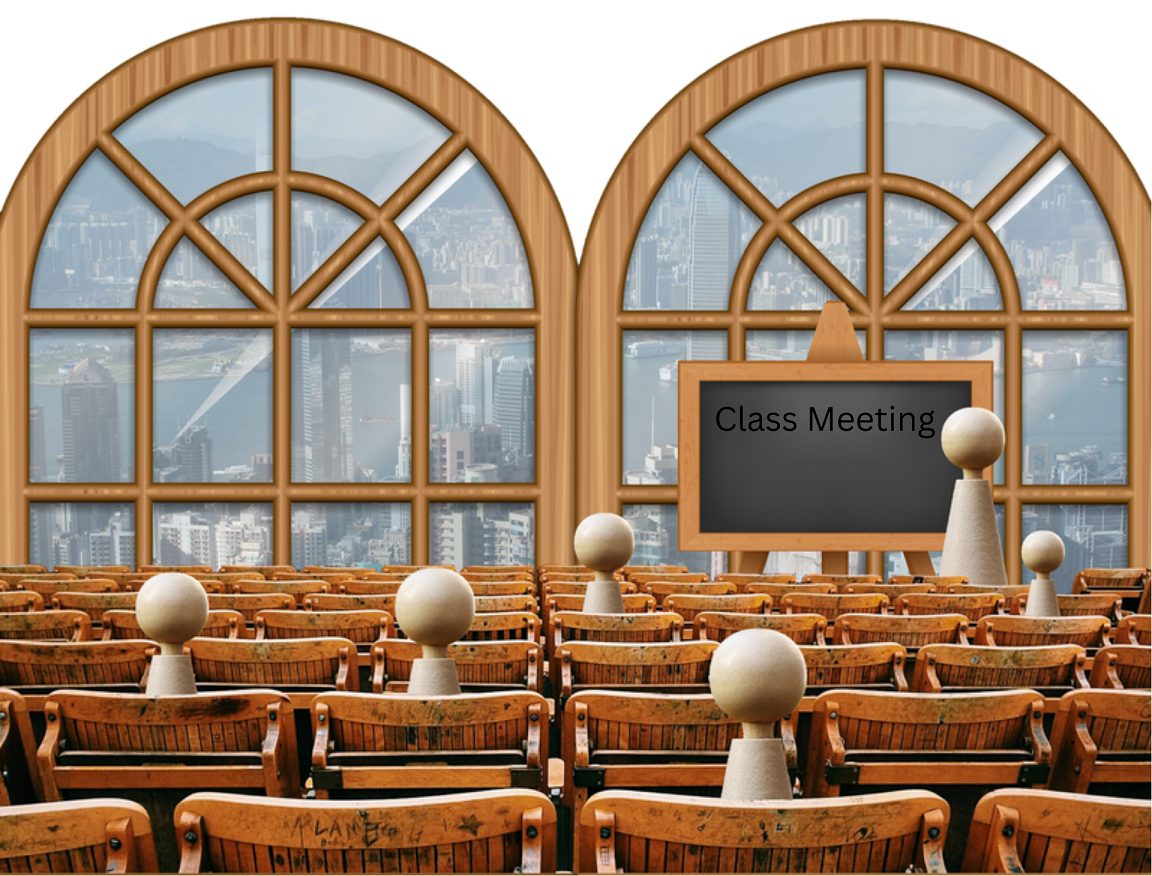 The following work has been prepared to supply a place the author considered of too essential importance in Methodism’s welfare to remain no longer silent.

Prominence has been shown to a particular view of Christ and His faith to meet the needs of this age in its tendency to formalism, lukewarmness, and worldliness. The chief phases of Christian experience, as proven in Methodist Class Meetings have been constantly kept in view. More attention has been paid to the thought and spirit rather than the style, to write suggestively rather than elaborately.

In the choice of hymns for the end of each chapter, Wesley has been purposely avoided, except in one or two cases. It was not because anything better could be found, but because it was thought that Wesley’s hymns were in the hands of every Leader. Something new to them may add more interest to the book and offer added sacred poetry to what they already have.

The book’s arrangement into chapters and meetings is more for variety and form than a necessary part of its order. As there are on average, forty class meetings held in a year (deducting for monthly prayer meetings). The work has been divided into forty chapters or meetings, with ten to twelve pieces in each chapter or meeting. Those number are the average number of members in each class. It is not, however, thought that this arrangement will supply material as may be needed in each meeting held by the Leader. The readings over one or two chapters, as time permits, may help the Leader in responding to those expressions of experience which may come before him from the members of his class. It is not the author’s intention that any of the following pieces should be read to members or committed to memory and repeated. They are simply meant to help the Leader in the best way which he may choose to adopt.

The correctness of supplying a work in particular regarding the assistance of Class Leaders has been called into question by some people. However, no sound and forcible reason were offered to support the objection.

The reasons why help should be made for Class Leaders are sufficiently strong to justify the present attempt. First, the importance of their work concerning the Church’s spiritual, numerical, and financial prosperity justifies it. Secondly, the frequency of their work, once every week with the same people. Thirdly, the diverse and challenging cases of conscience which come under their notice for advice. Fourthly, the want of time which the vast majority have to read various books, to provide themselves with the material they need.

Why should it be thought desirable to prepare specific help for ministers and teachers, the majority of whom have had training for their work, and Leaders be altogether left to themselves? How is this to be viewed? Must it be thought that Leaders are sufficiently qualified in themselves, making all help a work above and beyond the call of duty? Or that their office in the Church is not of sufficient importance to require help? Or are they incapable of appreciating any assistance which may be offered to them?

While it is thought that the pulpit and school must keep up with the progress of the mind in its religious morale and intellectual developments, is the Class Room to remain fifty or sixty years behind? Shall everything be done to make them efficient and successful in their position in the Church, which is left to work on as best it can? If it is a part of the Church organization and meant to serve the interests of the Church, then why should it not receive its due share of attention to help it to sustain its proper place and do its proper work? Writing about its failures, essentials, claims, or scripturalness will not accomplish the end. Let something actually be done.

It may be said that the work of the Class Leader is purely spiritual. Granted, must there not be preparation? Does this do without propriety of assistance? If “purely spiritual,” the more critical, responsible, and solemn, the more need for assistance in preparing the work in its vast nature demands. Is not the work of the minister in the pulpit spiritual? Is not the work of the Sabbath school teacher spiritual? Do they, therefore, depend exclusively upon the resources of their own experience to discharge their duties? Whatever the experience, there must be something else associated with it to help ministers and teachers succeed in their work.

It understood that in the classroom experience in faith is the chief subject to be dealt with and that experience in the Leader is one of the principal qualifications.

At the same time, might not help be appropriate in finding out his experience in the just perception of it and the intelligent utterance? Does he not also need knowledge of doctrine, duty, promise, and precept, to the extent that will enable him to teach and encourage in a way to promote the best spiritual interests of his members? May not the Leader, receive help in these, as well as the minister and teacher? Does it follow that proper assistance rendered to the Leader would raise him above his office any more than it raises them? In a word, may not the arguments in support of direct help being supplied for ministers and teachers, in their spheres, apply to the Leader in his?

But it may be well to inquire into the work which rests with the Leaders in their classes to learn still further the necessity and propriety of providing assistance for them. This cannot be better done than to quote an excellent fragment from the late Mr. C. Perronet, which the Rev. Mr. Wesley recommends: — “It is the duty of Leaders:

Such is the work of a Class Leader as laid down in the days of Wesley. Taking such to be the work of the Leader now, does he not need assistance?

The author did not see the above extract until his book was completed within a few pages. How far it will give the Leader assistance in his work will be left to him to judge.

To further show the necessity of assistance being provided for Class Leaders to discharge their essential duties, another extract will be given in the words of a living writer, Rev. J. H. Bigg, which were met with at the same time as the above.

“A Class Leader must be thoroughly in earnest, must be lively in prayer, ready in speech, affectionate in manner. Time was when these qualifications were of themselves almost sufficient. In the infancy of Methodism, few joined the Society who were not zealous at least. The novelty of Methodism, the monopoly it had of spiritual zeal and activity, the stimulant of persecution, the sense of the as yet undeveloped energies of the system, and the anticipation of a glorious fixture that lay before it kept alive the zeal and enthusiasm of the members. They all brought life, vigor, and excitability into the Class Meeting. The Leader sometimes had little to do except regulate their expressions of feeling and displays of energy. If he were but lively and ready, it was enough. The class kept itself up. It could not but be attractive and popular.

“But nowadays, something more is needed in a Class Leader than liveliness. The novelty of Methodism has passed away; its reproach has greatly diminished, and what persecution remains is too petty and withal too partial to fan the flame of zeal or enthusiasm. Methodism no longer stands alone as the evangelical institute and propaganda of England and most of the world. The members breathe a less bracing and stimulating atmosphere, a danger of lethargy has come with “these piping times of peace.” Many profess a hereditary Methodism, they have been gently led in early youth to join the Class Meeting. It is clear that, under such circumstances, much more depends on the Leader than a hundred years ago. The members need to be quickened, instructed, and led on. Zeal, wisdom, and experience the gift equally of pungent and persuasive speech, a moving earnestness, and depth of character must concur with the equipment of a thoroughly competent Class Leader. Such people may not be very numerous, yet we cannot doubt that they might be found in sufficient numbers to meet the demands of our Society if the great object of seeking out and training such Leaders were studied with the zeal that its importance demands. The times are peaceful — persecution has ceased to be formidable. There are many hereditary Methodists who, not having learned much in a little time in the school of sharp and deep experience, have the greater need to be schooled by a wise and thoughtful Christian mentor. There is also an amount of intellectual activity, as respects the frame of Christian doctrine and the meaning of Christian experience, and especially the mutual relations of doctrinal and experimental truth, which must be met by a corresponding intelligence, clearness, and comprehensiveness in the statement of Christian doctrine and the description of Christian experience. For these and the like reasons, Methodist Class Leaders today must be people of thoughtfulness and fervor, individual quality and force and Christian sympathy and principle.”

Let it not be thought egotism if stated that the following work is considered calculated to assist Leaders in the particulars Mr. Rigg refers to.

The author would desire to feel thankful to those ministers who kindly responded to his circular and wrote approvingly and encouragingly of his intention, also, to those Leaders who gave in their names as subscribers to the work before it was published.

As in the beginning and throughout, the author has sought the Divine blessing, so in the end, he would ask that the Holy Spirit might render the book extensively useful  — that He would in Pentecostal energy dwell in the thousands of Methodist Leaders and make them mighty in their work, and instruments in elevating the character of Class Meetings, and increasing their spiritual benefits, so that they may, on a larger scale than ever, continue to be “wells of salvation” in the valley of Baca for Zion’s pilgrims; — “banqueting houses” for Christian travelers to the “better country;” — armories for soldiers of the Cross to buckle on their armor anew for coming conflicts; — rallying places and times for the hosts of the Lord, to obtain a knowledge of the Captains orders, and acquire general qualifications for the Gospel warfare; — the gathering of disciples in the upper room, waiting for the coming of the Holy Ghost, whence they will disperse, each one in his sphere and ability, to witness for Jesus; — means of promoting affection and confidence among the members, and between them and the ministry.

That Class Meetings may be all this and a hundredfold more; that Leaders may, through the indwelling of the Spirit, be the main instruments in conducting this, and that “The Class Leader’s Assistant” may, under God, contributes its share to the same blessed object, is the sincere prayer of

THE AUTHOR
April 1866. P.S. — Should this volume be sufficiently encouraged, it may be followed by others, with a similar aim, at some future time.