IS IT POSSIBLE TO LIVE WITHOUT SIN? – Part 3 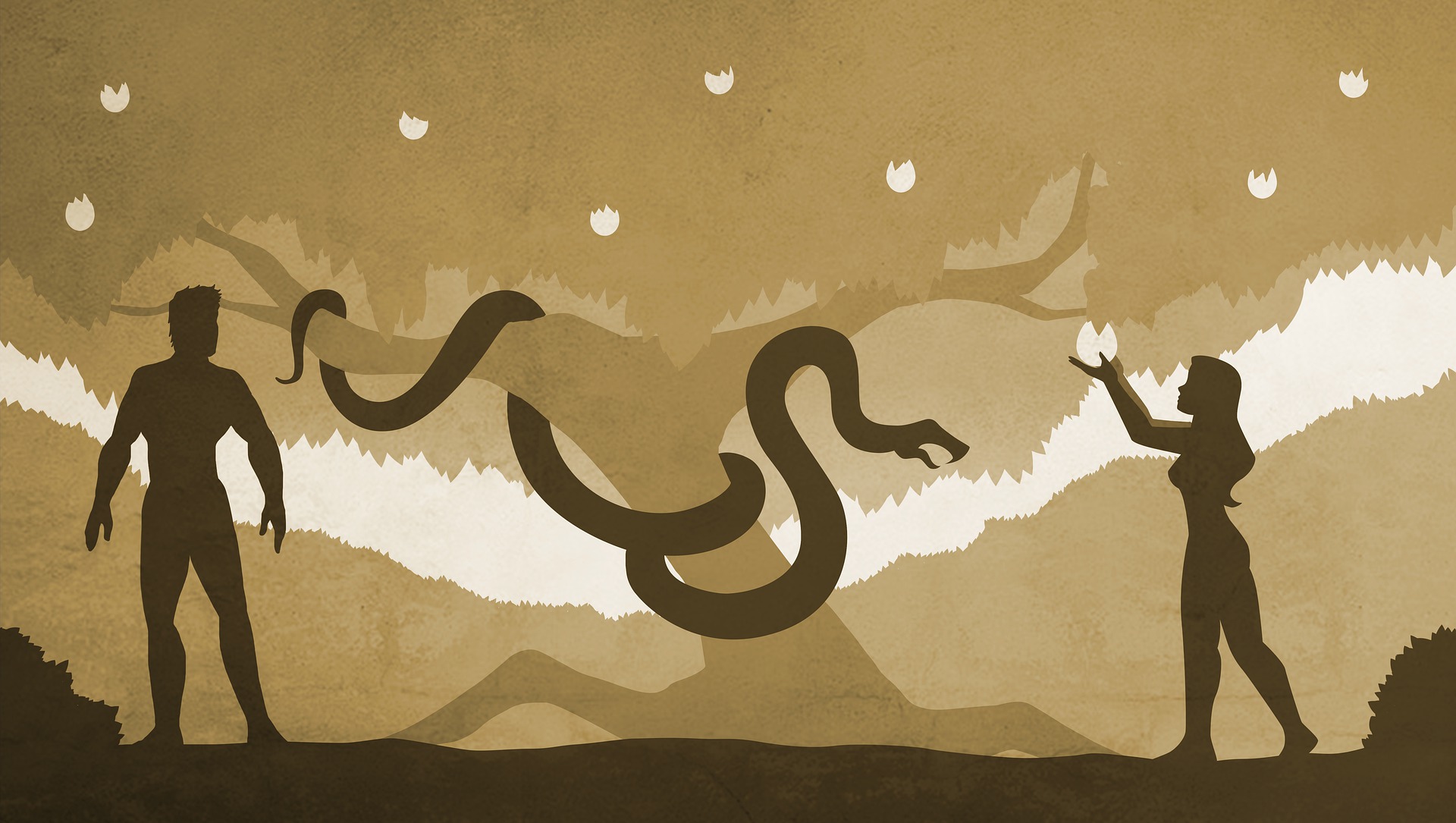 A THIRD argument to show the possibility of Christians living without sin may be drawn from THE GREAT, ULTIMATE OBJECT OF THE DEATH OF JESUS.

Whatever might be said about Jesus Christ dying “to satisfy Divine justice,” to make honorable the law,” “to appease an offended God,” “to fulfill the types and prophecies of the Old Testament; there is more included in the object of His death than all this He did. All this for an object more critical for humanity’s well-being, the success of God’s moral government in the world, and the display of the Divine glory.

It is said by some that Jesus died only as a witness to the truth of the doctrines He preached and as an example of submission to the will of God. Where is the word of the Lord for such a statement? Where did the necessity of His death for such an object arise? He gave abundant evidence of the truth of His doctrine in the miracles He wrought, in the life He lived, in His references to His Father and the law, and the prophets, all of which bore witness of Him. (See John 5) He gave an example of patience and long-suffering in the lifelong poverty and persecutions He passed. Here also, He showed His submission to God. If Jesus had not died, His doctrines would have remained firm and enduring based on His miracles.  His example of submission to God would have stood before all the holy as worthy of their most divine imitation.

As gathered from the general tone of Scriptural teaching, the ultimate object for which Christ died was THE PUTTING AWAY OF SIN FROM ALL THOSE WHO BELIEVE IN HIM. Not only sin in the work of pardoning grace and regenerating power but in its utter and universal destruction, commensurate with its existence and operations (Colossians 2:11; Romans 6). Whatever else was considered in the death of Christ, this was the great, the principal end. Anything less than this would have permitted disorder in the government of God and would have left a place where Satan might have fixed his throne and offered rebellion to the Holy One. It would have implied that either Heaven was not perfect in holiness, or, if it was, it was not required of humanity to be correspondingly holy before they could gain admission. It would have displayed that God was either imperfect, or, if perfect, that His requirements were not equal to Himself; or, if they were that His provision for humanity to meet those requirements was not adequate to the demands.

God is Sinless; Heaven is sinless. To enter Heaven and be like God, the Christian must be sinless, free from sin which causes guilt, corruption, or torment. The Christian might attain this moral conformity to the image of his Divine Parent and live in the enjoyment of this preparedness for the Father’s house. Jesus, his Lord, and Master suffered the death on the cross and passed through all the humiliations connected. Did He stand in meekness and lowliness before the bar of Pilate, opening not his mouth in retaliation or revenge? If called to stand before the world to meet its false accusations, it was that the Christian might wear His yoke and manifest His Spirit. Did He wear the robe of meek royalty? It was that the Christian might be clothed with the white robe of the saints. His righteousness, the only seamless, beautiful apparel of the heirs of the King everlasting. Did He bear His own cross in tears and sufferings up the hill which led to the place where they crucified Him? It was that the Christian might cast all his care upon Him with the song of joyfulness and mount the way leading to Heaven.  Where now He is, glorified as King forever. Did He voluntarily submit to the death of the cross according to the will of God and in fulfillment of ancient prophecy? It was that the Christian might willingly die to sin, according to the will of God, and in obedience to the commandments of Jehovah.

With its offering its sacrifices, the Old Testament religion foreshadowed the great object Of the Savior’s death. “Almost everything is cleansed by blood, according to the Law’s regulations, and there is no forgiveness without blood being shed” Hebrews 9:22. “If the blood of goats and bulls and the sprinkled ashes of cows made spiritually contaminated people holy and clean, how much more will the blood of Jesus wash our consciences clean from dead works in order to serve the living God? He offered himself to God through the eternal Spirit as a sacrifice without any flaw. This is why he’s the mediator of a new covenant (which is a will): so that those who are called might receive the promise of the eternal inheritance on the basis of his death. His death occurred to set them free from the offenses committed under the first covenant.” Hebrews 9:13-15

Turning to the New Testament, which contains the development of the Old’s shadowed and typified Christian principles, it is more fully stated what the object of Christ’s death was.

The Apostle Peter, speaking of the election of the Christians to whom he wrote, declares that it was the “sprinkled with his blood” 1 Peter 1:2.

The Apostle Paul, speaking of the love of Christ for the Church, says; He “gave himself for her. He did this to make her holy by washing her in a bath of water with the word. He did this to present himself with a splendid church, one without any sort of stain or wrinkle on her clothes, but rather one that is holy and blameless” Ephesians 5:25-28.

“And so Jesus also suffered outside the city gate to make the people holy with his own blood” Hebrews 13:12.

“We have been made holy by God’s will through the offering of Jesus Christ’s body once for all.” Hebrews 10:10. “He gave himself for us in order to rescue us from every kind of lawless behavior, and cleanse a special people for himself who are eager to do good actions” Titus 2:14.

“But if we live in the light in the same way as he is in the light, we have fellowship with each other, and the blood of Jesus, his Son, cleanses us from every sin” 1 John 1:7.

“I made myself holy on their behalf so that they also would be made holy in the truth. I’m not praying only for them but also for those who believe in me because of their word. I pray they will be one, Father, just as you are in me and I am in you. I pray that they also will be in us, so that the world will believe that you sent me” John 17:19-21.

The song of the redeemed in Heaven is “To the one who loves us and freed us from our sins by his blood” Revelation 1:5.

Respecting the hundred and forty-four thousand which John saw before the throne, the elder informed him that, “These people have come out of great hardship. They have washed their robes and made them white in the Lamb’s blood” Revelation 7:14.

The Apostle Peter declares, “you were liberated by the precious blood of Christ, like that of a flawless, spotless lamb” 1 Peter 1:19.

The above passages teach unequivocally that the result of the Savior’s death was the holiness of His people. These are just some of the passages concerning this; there are many more. We do not know of any text in the entire Bible that speaks of the object of the death of Christ that indirectly or directly contradicts or goes counter to the above teachings. There is harmony in the Scripture concerning this subject. The light that shines upon it is clear and complete. On this, there is no mysticism to bewilder or ambiguity to confuse.

But is this object of the Savior’s death only nominal, intended to stand on the page of Revelation without any fulfillment in the experience and illustration in the life of His followers? This cannot be, any more than the doctrines of justification, regeneration, adoption, the witness of the Spirit, and every other object embraced in the death of Christ? Within the whole range of inspired Christian truth, nothing lies as a dead letter or, a little better, a theory to be studied, speculated upon, and discussed, but not to be turned to any practical, beneficial use. No, from the first to the last, from the smallest to the greatest, if they may be spoken of numerically, or by comparison, all are the vital truths of the living God and are calculated and designed to have a vitalizing influence upon all who believe them. Should the doctrine defining the ultimate object of Christ’s death be an exception? Is this, the most beautiful and God-like, to be kept in the background, as one that is insignificant; to be looked at in the distance, but not to be reached; to be studied, but not to be practiced? Certainly not.

On the contrary, it is to stand out as the most awe-inspiring and most glorious, to which and for which all the rest must be subservient. If the Christian is justified and regenerated through the death of Christ, they must make them the stepping-stones to reach up to this one that stands above them. Everything else in the Christian life purchased by the Savior’s blood must be pressed into use to help them to “go on” unto this “perfection,” to “press forward” to this “mark;” to “grow” in this grace, and to “work” out “this salvation.” They must be an imitator of Christ even in this matter. He did not rest in His work until He had worked out and finished full salvation for His people. Everything in Heaven and earth was concentrated by Him into this service. So, the Christians should never stand still till they have accomplished the ultimate end of the Savior’s death in their heart and life. Every doctrine, prompt, promise, agency, duty, privilege, temptation, persecution, and affliction under their control should be combined and used in harmony with the Divine mind to achieve this.

As it was the will of God that Christ should die for the object, so it is the will of God that Christians should be brought into the realization of that object. The will of God is consistent. It is unchangeable. In desiring and seeking to live without sin, the Christian must remember that that is a position secured for them by the dying pains and perfect blood of the Son of God. Let them not forget that as certain as is its purchase, so convinced is it his privilege in Christianity and that its attainment is as possible as its certainty. Let them remember that if they are living in sin, they live lacking the highest good of his religion; they are holding in inaction the actual fulfillment of the object of the death of his Lord Jesus. His testimony is lacking among the blood-washed witnesses, who stand as a consecrated host around the altar of the cross, declaring that here lies the Lamb without blemish and spot, by whose “blood we enter into the holiest, and are cleansed from ALL SIN.” Hebrews 10:19-20; 1 John 1:7

by J. Bate and updated and revised by Nathan Zipfel

IS IT POSSIBLE TO LIVE WITHOUT SIN? – Part 2