THE GREAT NEED OF THE CHURCH 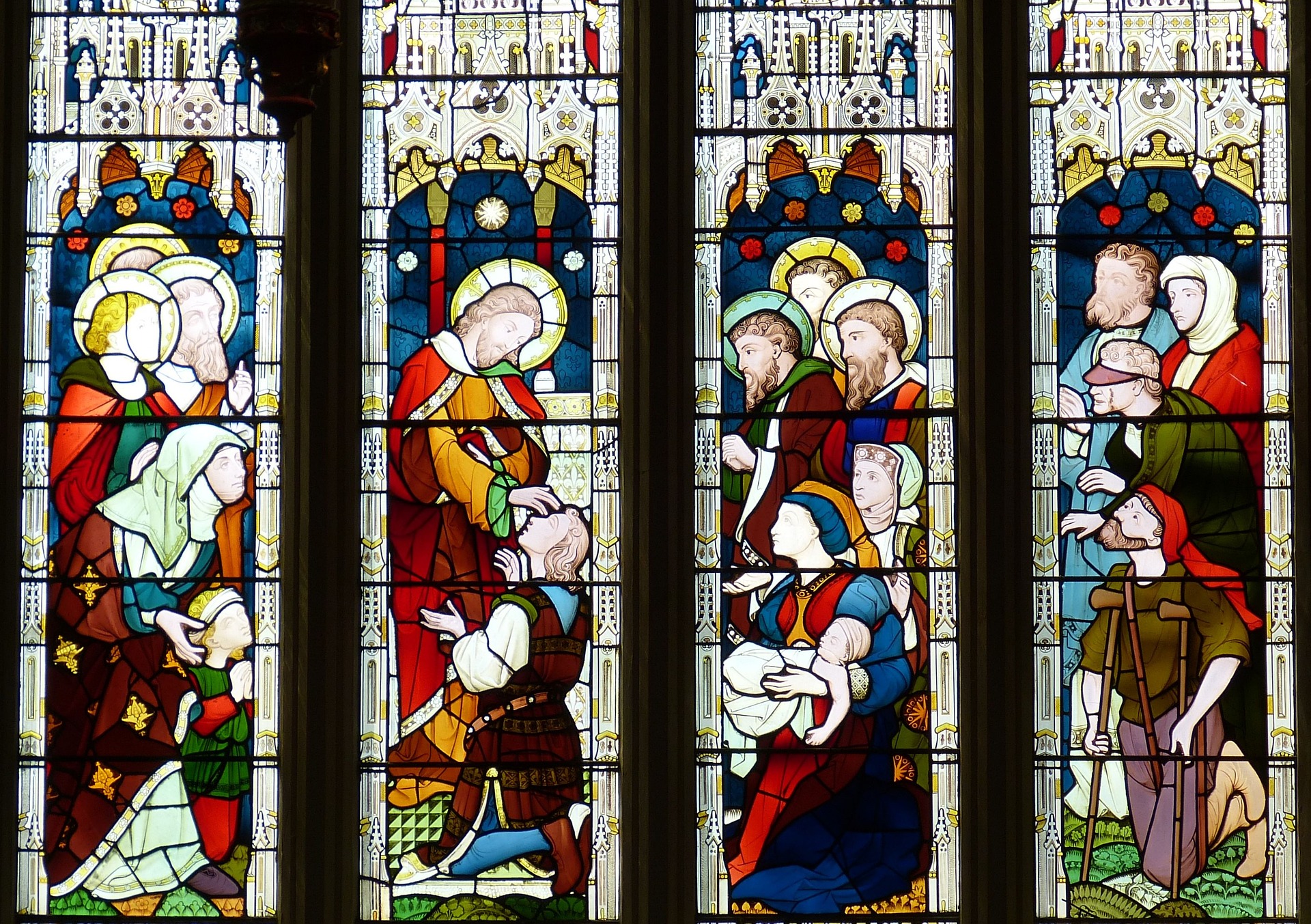 The following was not written recently. The following was written in 1870, 5 years after the end of the Civil War. The United States was still in the midst of rebuilding. From that time came this writing. As I read it I thought how appropriate a word it is for today. The great need of the Church since the very beginning has been and will always be the power of the Holy Spirit flowing through it. We may try all sorts of things to grow the church. We may think that if we do this or do that we will become more relevant. We might even have some success from a worldly standpoint. However, if we do not operate within the power of the Holy Spirit then we are not operating in the will of God.

Give this a prayerful read.

THE Church is never wanting of inspectors, whose primary business it is to find out the defects and necessities, and who at the same time are blind to their own shortcomings.   Such inspectors are to be found both within and without the Churches.  From the inspection, there is one who pronounces that “the Church needs more ministers to preach the Gospel to the heathen at home and abroad.” A second, after having made their inspection, says, “The Church needs more places of worship to accommodate the multitudes who, like sheep, wander without a fold.” A third says, “The Church needs an increase of their funds to sustain their ministers more respectably, and to furnish means for the further extension of Christianity among the masses of the civilized and heathen parts of the world.” A fourth declares, “The Church needs more education, self-denial, earnestness, and pastoral care in the ministry.”

We do not say that these expressions are without truthfulness. We are inclined to give our unqualified consent to them. Still, we think (and we hope that we shall not be accounted censors or elected when we utter our thoughts) that the one great need of the Church in these days is HOLINESS.   This is the great need of the ministry, the laity, the literature, and the means and sacraments. The Church needs the sprinkling of the Blood of the Covenant, and the Divine inscription upon them,

A brief review of the condition of the Church concerning this subject will show the correctness of our opinion. Look at the worldliness which, as an epidemic, spreads its blighting influences over the minds, hearts, and lives of all within them.   Look at the pride in dress, household furniture, social rivalry, daily conduct, and spirit. Look at the lore of ease and self-indulgences; at the indiscriminate unions in marriages, in company, in business, at the kind of pleasures which are sought, the dance, the ball, the theatre, &c.; at the class of literature which is most desired and patronized , at the luke-warmness in the means and institutions of Christianity, but the enthusiasm in business and in politics , at the comparatively minor benefactions which are bestowed open religious and charitable objects, but the unrestrained and unlimited outflowing upon personal, family, and worldly gratifications; at the staring neglect of the week-night services, but the punctual attendance to pleasure parties and mercantile engagements; at the money expended upon the erection of splendid places of worship, corresponding more with the pomp and exhibitions of halls of art, than with a house for our God, and the simplicity of the worship and Gospel, at the methods  adopted for securing what are called “great preachers” and “good positions”, at the diligent and earnest attention given to the secular affairs, rather than to the spiritual and holy, at tile jealousy exercised over the ritual and ecclesiastic, more than over the spirit and power of the truth of God; at the ambition for the scientific, the philosophic, and the literary, rather than the Scriptural, the holy, the experimental, end the practical, at the variety of subterfuges which are raised against entering into the fellowship of the saints, and the desire to secure almost any form rather than that which shall probe the heart and deal with the experience; at the conspicuous absence of holiness’ an a object of preaching and earnest inquiry.

To such a lamentable degree, the existence of these things in the Churches bespeaks their great need. Were the apostles again on the earth, they would repeat their utterances of warning with redoubled power, if possible, which already we have amongst us. Certain portions of their epistles, bearing upon the evils of the Churches to which they wrote, and the charges to remove them, arc strikingly opposite to the Churches of the nineteenth century, and we want a thousand Pauls, or Luthers, or Wesleys to come and enforce them under the co-operation of the Almighty Spirit.

The spread of Scriptural holiness through the ranks of the ministry anal membership of the Churches would level all the hills, raise all the valleys, and make smooth all the rough places that are now their deformities. Under the enlightening, elevating, purifying, inspiriting influences of this Divine element, they would wake from their lethargy, put on their beautiful garments, and go forth in their holy might to accomplish their respective mission with more signal glorious success. Their preaching would be more plain, evangelical, earnest, practical, and triumphant as the power of Golf unto salvation. Their means and ordinances would be more numerously attended, more spiritual in their nature, and more blessed in their effects. Their membership would be more loving, united, active, progressive. Their finances would be more flourishing and satisfactory. There would be less worldly rivalry, envy, arid evil speaking about each other. The ambition to do good would exceed their ambition to occupy preeminence; minor differences in discipline, doctrine, ecclesiastical order would be swallowed in the powerful union of the spirit, holding fast the saving truths of the Gospel. They would unanimously agree to recognize the Head and each other as occupying a legitimate place in the one great body. They would be distinguished now as the primitive Churches were urged by lore, unity, faith, self-denial, liberality, suffering for Christ, boldness in confessing Him, purity.

Combining these would give them a brilliant and power of light, which would dazzle the eyes of skeptics, and as the orb of the heavens, illuminating the dark world around.   The words of the great Teacher would be verified more palpable and widely than they have ever been-“You are the light of the world.” The need of the various figures of Scripture to set forth the united Churches of Christ would significantly be realized, the salt of the earth- a city set on a hill-light on a table-the leaven-the net the household-the temple-the building-the vineyard, be. Then would the Lord’s house be established on the top of the highest mountain, according to prophecy. No longer in the vale of worldliness, carnality, pleasure, sloth, under the clouds of reason, or surrounded with the mist of unbelief, and entrammeled with the barriers of doubt, it would stand high up in the deep serene of the pure heavens, where angels would be more frequent visitants. God, Himself would make His rest there glorious. Instead of the Church then being confounded with the world, a vast distance would intervene. Whoever from the world in the vale would enter the city on the hill, must pass from the one to the other, most ascend from the fogs, the clouds, the confusion of the valley, and pass up the hill, and enter through the gate, and thus become legitimate and naturalized citizens.  O that the everlasting arm of Almighty Holiness may be stretched out and laid underneath the Churches and lift them as one to this mountain of the Lord!

The pages of this magazine will be devoted to such topics as will be considered a help on the human aide to the accomplishment of this object.   And it is hoped and prayed that thousands who shall read might, under the Divine blessing, be led to personal consecration of heart and life to this one thing needful.

IS IT POSSIBLE TO LIVE WITHOUT SIN? – Part 3

IS IT POSSIBLE TO LIVE WITHOUT SIN? – Part 2